Where is the President?

Filipinos are thirsty for leadership that not only is compassionate, but honors the dignity of humanity in each us.

The hashtag #NasaanAngPangulo trended on Twitter as Super Typhoon Rolly (international name: Super Typhoon Goni) ravaged the Philippines like clockwork. It is an indictment of a president that neither can show compassion nor the leadership by which he was elected into office.

Goni now called Rolly in the Philippines was a Category 5 monster of a storm. On Halloween Saturday, Rolly was a tragedy waiting to happen like some slow motion car crash from a Michael Bay movie. The photos shared on social media and on various news outlets now confirm the utter tragedy that occurred. The devastation was heartbreaking to see.

As I write this, the totality of human and infrastructure tragedy won’t be known likely for days. The government reports that electricity and communication towers were severely destroyed.

The capricious closure of news and entertainment network ABS-CBN was viewed by many during this crisis as a tragedy. The network could reach far-flung areas that the other networks couldn’t or haven’t. And perhaps that was why it was killed. How else could one rationalize the destruction of a viable corporation that employed 11,000 jobs all in the name of politics? But it was that wide reach that could perhaps save lives even as the government implored the public and media to share the information. The irony, coming from a government that cut off a viable arm of information, yes? Was that rather short-sighted?

The search for the missing president continues as Harry Roque vowed that President Duterte would address the nation… eventually . It wasn’t like we live in a world without laptops, and such software as Zoom, Google Meet, Microsoft Teams, FaceTime or you know, live streaming using OBS that any president can use, right? We all work from home now. There really isn’t any excuse not to be present even if the President was safely in his Davao home.

Filipinos asking #NasaanAngPangulo expect the Duterte to do his job, and his duty at a moment of national crisis. The tragedy is, it is an expectation that would never become reality. Filipinos have lived with Duterte for over four years. There is no longer any mystery surrounding what he can, can not do or willing to do. Being a president for all 100 million or so Filipinos is simply not one of it. To expect Mr. Duterte to suddenly become more than who he is, or what he is would be a fool’s errand. To delude ourselves that President Duterte can show the leadership that he promised that got him elected is a tragedy in on itself.

President Duterte is a president only for his constituency, which is himself and his clique. The question of #NasaanAngPangulo simply comes down to one thing. Filipinos showed how anxious they are for a monster of a storm and looking for comfort, compassion and leadership. Filipinos are thirsty for leadership that not only is compassionate, but honors the dignity of humanity in each us.

If Filipinos are lucky, we will find not only a compassionate person as president, but a leader we are looking for… in 2022. It just isn’t from a Duterte or any aligned with the current president.

Where is the President ( #NasaanAngPangulo# )? And that’s the tragedy isn’t it? We need a president now. We need leadership now. Leadership and compassion isn’t something Filipinos get from Duterte. The tragic reality is, the answer was always in the sovereign hands of each Filipino, if we have the courage to want what we deserve. 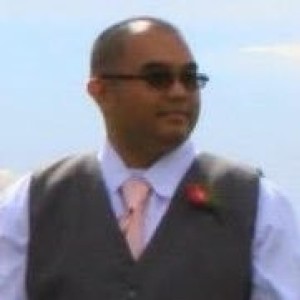 Cocoy writes code and builds servers for a living. He occasionally writes about politics and technology.

Where is the President?

This website uses cookies to improve your experience while you navigate through the website. Out of these, the cookies that are categorized as necessary are stored on your browser as they are essential for the working of basic functionalities of the website. We also use third-party cookies that help us analyze and understand how you use this website. These cookies will be stored in your browser only with your consent. You also have the option to opt-out of these cookies. But opting out of some of these cookies may affect your browsing experience.
Necessary Always Enabled

Any cookies that may not be particularly necessary for the website to function and is used specifically to collect user personal data via analytics, ads, other embedded contents are termed as non-necessary cookies. It is mandatory to procure user consent prior to running these cookies on your website.